About my project: I studied animation at the Rits School of Arts in Brussels, Belgium and Flow was my graduation project there. It’s a short, silent film about a young, mourning girl who encounters a white wolf. He takes her on a journey through a mysterious portal to confront her grief. I wanted to make a film focused on the themes of loneliness and friendship. My intent was to make it very poetic: conveying the story through imagery, movement and music, not dialogue and facial expressions, makes the film almost like a visual poem. Viewers experience and undergo the story, and because it’s not literally laid out in front of them, they each find their own meaning in the story. I hope I succeeded in this intent. I work with 3Ds Max for the 3D imagery, and Esther used Adobe Photoshop for the backgrounds. I also used Adobe Premiere for the compositing. Visually I knew I wanted to go for a very unique style. It is also important to note that the rendering of 3D images costs time, something you don’t always have to spare — so I decided to combine 3D and 2D visuals. The backgrounds are all hand drawn by my girlfriend Esther Huybreghts. This made me free to work purely on the design and animation of the characters, which are rendered out without lighting or texture, making them very “lightweight” in the 3D world. Without texture or shadows, the animation looks very hand drawn and made the characters blend in perfectly with the backgrounds.

The longest time was spent on figuring out the script and storyboard, this took a few months. The whole production process was a little less than four months. I was lucky to have Esther helping me. While she worked on the backgrounds, I could concentrate on the animation and compositing. We always made sure to completely finish one shot before moving on to the next. This way of working, together with a detailed shot planning, made sure we were always on top of the project, careful not to fall behind on schedule. Of course there was always a little wiggle room calculated in, so when necessary we could always work on a shot a little longer than planned. Because of this way of working, we finished the film two weeks before the deadline and had the time to finetune everything, a real luxury! Of course, the soundtrack is very important as well. Whenever we finished a scene, I sent it to my composer, Adriaan Swerts. His work is beautiful and we were immediately on the same track. He intuitively felt which way I wanted to go with the music, so aside from a few inspirational tips I gave him a blank slate. The score he wrote works beautifully with the imagery.

I work with 3Ds Max for the 3D imagery, and Esther used Adobe Photoshop for the backgrounds. I also used Adobe Premiere for the compositing.The idea for Flow came from a combination of influences. Storywise I knew I wanted to do something with loneliness and wide landscapes, something that felt epic without needing a whole backstory. From a young age, I was really into gaming, especially the complete Zelda-franchise. They are to me what an ideal game should be: original lore, a complete and detailed world, beautiful art, interesting characters, it’s epic but at the same time so humble, with challenging gameplay… So naturally I was very influenced by that. Because it’s such a big part of my childhood, it has shaped the way I draw or make art. I was also very inspired by indie games like Journey, Sword and Sworcery, Below and similar games. Again, very beautiful, stylized games, definitely not easy, epic but humble. These were the qualities I have also tried to put in my film, and I believe it worked out nicely.

Currently I’m helping Esther with her graduation project, which will be finished this summer. We hope to have created a unique visual style again, but recognizable as made by the same team. Adriaan Swerts will provide the soundtrack again as well. After that, I hope I’ll be able to work on new stories. I have a ton of ideas, and hope to make comics, animations, but most of all games in the future — but in the end, I just want to do my own thing! 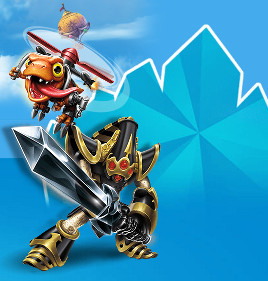