Hi Jeroen. Thank you so much for your time to chat with GamesArt. First of all, an essential question we always like to ask: What elements make a video game a special art form? Or why do you think should video games be considered an art form at all?

I am convinced that games are the one art form where interactivity with the player can hook people to an audio/visual experience completely rather than partly. One can watch a painting and say “nice!”, but nothing changes over time no matter how many times you view it. One can listen to a song and say “cool song!” listen to it over and over again but nothing changes, the experience more or less stays the same, depending on your mood I guess. One can watch a movie and experience it with great pleasure / interest and be in another reality for as long as that movie last. Same thing with music, the experience stays the same no matter how often you watch a particular movie. With games however, your experience is virtually unlimited. You can decide how long you play it, where you go within the game. And every time you play the same game the experience can be completely different. Also with the interactivity between players fighting, trading, chatting, helping each other out makes a game an almost reality to a player. Many people have a favorite game and play the same game for hours, days, weeks, months or even years without getting bored. In the past few decades some games have become of such reality that millions are actually completely addicted to them and create communities, clans & fan pages particularly for those games. Video games have surpassed all media forms (art, music & movies) with combined gross revenue far exceeding that of traditional entertainment mediums, which proves people have embraced games into their everyday lives. If you can do that with an audio/visual medium, I would surely say games are an art form indeed. And maybe even the highest form of art, but that’s of course just my humble opinion.

If you could choose to make music for a game of your liking what project/game would it be? Why this particular kind of project and genre?

Something like GTA5 would be a dream, since there is so much going on in the game and all of it needs sound design and “reality music”. It’s not an easy question to answer, because a game like GTA5 has a huge audio team and I wouldn’t be able to do such a project alone. Would love to audio direct a project like that though! Personally I would pick a game like Minecraft, where the sound experience (and music experience) can add so much atmosphere and reality to the game and can be composed and sound designed by just me without the help of a complete team.

In your opinion, why are music and scores for video games of such importance?

They set the “tone”, atmosphere and intended attitude of a video game and IMHO really makes 50% of the experience (combined with the sound design (sound effects)).

What was it that made you decide to start a IndieGoGo campaign dealing with C64 game music remakes?

For over 20 years it was a dream to actually remake the C64 game music I composed for the games with equipment and recording facilities that are now available to me. Another reason was that “C64 scene” and other fans / friends kept asking when I would finally start a crowdfunding campaign. The time is right. Remember back in 1987-1991… It was very hard to create rich sounding music with only three C64 SID (sound chip) voices. I had to work with such technical difficulties to make it sound good and like a full soundtrack. To quote Rob Hubbard: “It was like making music with boxing gloves on”. Now with all the technical possibilities I can finally work out the fantasies I had back then and bring them alive in the music.

Which kind of games and which genres do you prefer personally? And what was one of your most memorable and intensive gaming experiences?

Right now I am really in love with Minecraft, a world building experience that starts from scratch having literally nothing in your inventory and working your way up to your own massive empire with lots of power, money, weapons, buildings and “stuff”.

The most intense gaming experience for me was when me and my brother got seriously addicted to Half-Life (the original) multi-player. We played for over a year for at least 8 hours a day, completely wrecking our relationships and jobs. But it was a lot of fun anyway, absolutely a second reality at the time!

With your company Maniacs of Noise you made sound effects for a variety of games. Is there maybe a project you can tell us an anecdote to?

Yeah, when I was asked to do the conversation of the music from the original Mortal Kombat arcade -by ear mind you!- to a Plug & Play joystick game, with very limited audio possibilities, I knew it would be the hardest conversation I would likely ever do because the original music was so freestyle complex and chaotic. It also had to be done within 2 weeks, which was a massive challenge, but I took on the challenge. I contacted Dan Forden (the lead composer of the arcade music) but he didn’t have any sound data anymore, so I was bound to listen every notes / chords / percussion / drums and transcribe all of it from scratch by ear.

Later on I learned that quite a few other composers / video game musicians were hired to do the conversions before I was finally asked to do it. The others had given up completely because of the complexity of the music and the sheer volume of what needed to be converted within such limited ROM/RAM and the technical limits of the hardware and software. I learned (after I finished the conversion in time) the project would’ve been canned (costing the developer $1.5 million in revenue) if I would not have been able to complete the project in time. Of course I wasn’t told this before but if I would’ve known I could have asked a true fortune for the work involved.

Could you tell us how you got first got started writing music on the C64? What was the first tune you produced?

Well, the first tunes were written by me in BASIC when I was about 11/12 years young. Later on I hacked into some machine codes music routines and composed music in it. Not much later I came into contact with Charles Deenen, who wrote a simple music routine and together we expanded it to meet my music (effects) needs. I wrote a bunch of demo tunes using the routine (directly coded in assembler) and together we went to the (back then) largest game developers conference in the world and we instantly got hired to do game audio for different companies. Initially I composed the music and Charles did the sound design (sound effects). The first game music I wrote was composed for the game Hawkeye, at the age of 14/15.

During your career, what computers/consoles have you done music for in the past and what was, in your opinion, the best computer/console to produce music for?

If I recall correctly: Commodore 64, Commodore Amiga, NES, SNES, SEGA Master System/Game Gear, SEGA Genesis/Megadrive, Gameboy, Gameboy Color, Gameboy Advance, 3DO, Sega Saturn, PC, XBOX & Playstation. Also worked on quite a few of the Plug and Play games (such a game plugs directly into a tv set. One of them was this Mortal Kombat game btw). I personally have this “taste” for the Commodore 64, but I assume some of that is youth sentiment, but I know that the crispy sound of the SID chip will never get boring to me. I really like composing music for PC games, because the audio possibilities are virtually endless.

What are your most important influences?

Almost all music. My parents raised my sister, my brother and me in a realm of many music styles and genres. We were exposed to Mozart, Beethoven, Bach, Vivaldi and many of the classical music composer legends whilst also being taught playing the piano, flute and what not by both my parents. My father also conducted a classical choir which rehearsed at our home every Monday for many years since I was age 0. They played all kinds of old “folk” music from all around the world and many other interesting pieces of music. This truly has taught me harmony / melody and variety in music history and styles. In the mean time we always were also exposed to all kinds of 70-ies legends like John Denver, Leonard Cohen, The Beatles & Pink Floyd. Who really stood out in my book was Jean Michel Jarre with his album Equinox in 1978, an absolute masterpiece at the time, which is still epic today.

When I was a teenager I was very addicted to “Doe Maar” a massively popular Dutch band. Michael Jackson with his album “Thriller” blew my mind and Level 42 with their song “Hot Water” triggered me and my brother to dig into playing funk/slap bass, which is a noticeable influence in the music I produce even today. It’s hard to mention all the influences though, because from the age of 12 I got into so many awesome artists and their music, it would be unreal to try to mention them all here. Regarding C64 music, my biggest influences were C64 legends Rob Hubbard, Martin Galway, Ben Daglish and a little later also Tim Follin.

What is your next step in your career? Do you already have plans for new projects?

Recently I started a pop act together with Tess Fries, called “Tess & Tel” We create what we like to call “Pixel Pop”, a mixture of retro 8-bit music and more modern electronic styles. I see this going a long way.

I’m also going to produce the music & sound design for “Pixel Racing”, a racing game in the “style” of Minecraft. 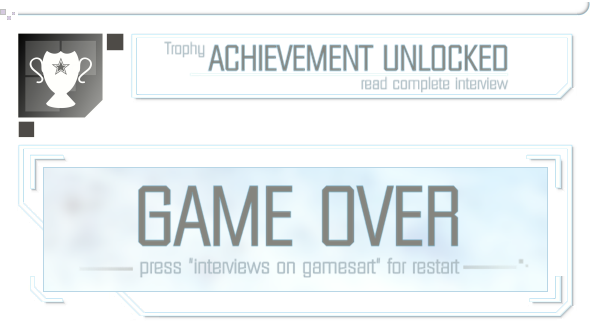 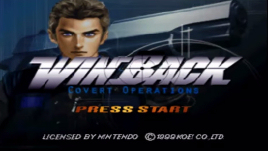